Before World War 1 Abbeyleix was, and in many ways it still is, a small market town located at the heart of Ireland in Co Laois. In 1911 the town and surrounding area had a population of 2,896. Of these less than 500 would have been of fighting age (18-40) in 1914, yet during the four years of Wold War 1 at least 240 men, half the eligible population, signed up and served in the various branches of the armed service. Perhaps surprisingly some men from the "most landlocked county in Ireland" even ended up in the navy! We know that women from the town would also have served as nurses and in support roles, however we have the names of only 5 of these women at present.

Our project is to create a complete archive of all the information we can find about everyone in Abbeyleix who served in the war and the families they left behind. We need your help to collect these stories so please follow us on social media and spread the word about the project so we can save as much information as possible.

We have discovered the names of over 240 men from the Abbeyleix area that served in the war. Many of these were physically injured, taken prisoner or psychologically damaged by the events of the war. The stories of these people are being lost as the years pass. Now 100 years after this terrible conflict ended we want to preserve the stories, to uncover the impact of this war so that we won't forget the sacrifices that were made.

To date we have only discovered the identities of 5 women who served as nurses during the war but there must have been more. Abbeyleix had a very strong record of education with many people entering professions such as nursing. Unfortunately the records of the nurses who served during World War One have been lost so without family members coming forward we will never know how many people tries to save the victims of the bombs, shrapnel, gas and bullets that were a daily fact of life on the front.

The families left at home suffered almost as much as those who were sent to the front lines. Many didn't get regular news about what was happening to their loved ones and when they did get news it could be weeks out of date. There was also the dreaded wait for a telegram from the War Office to tell them the worst, that their brother, son, husband or father wouldn't be coming home.

The Family Names Discovered So Far 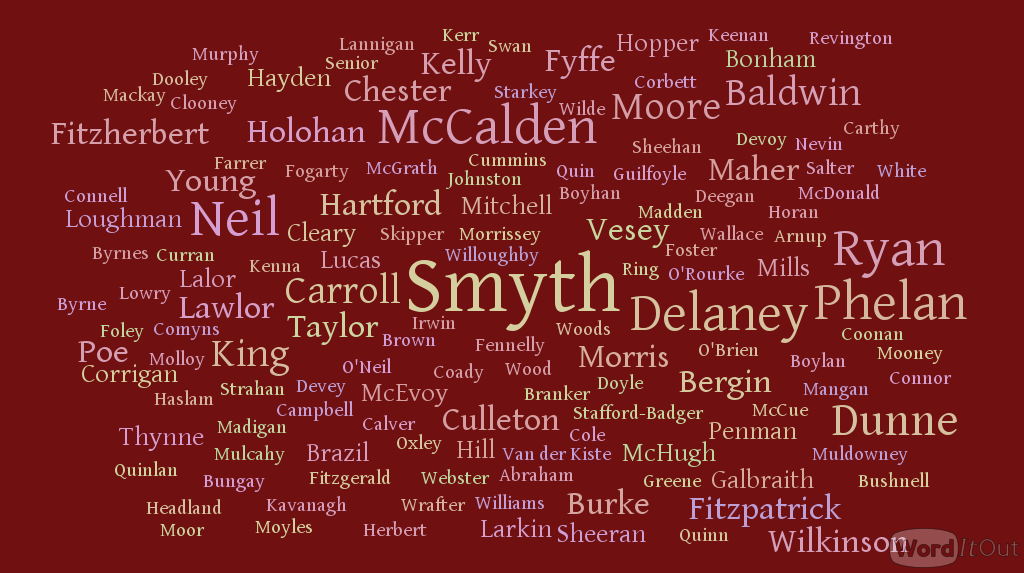 We need your help

Did someone from your family serve in any capacity or do you remember stories told to you about others who did?

Do you have any photographs of people who served or of Abbeyleix from the period? If you do we would love the opportunity to scan the images.

Do you know what may have happened to any of the families of the men and women who served in the intervening 100 years? So many families have moved away from the area and are very difficult to trace.

To mark the centenary of the Armistice which ended the First World War we created this short video with a list of the names of the individuals we have identified to date as having served and suffered in so many different ways during those 4 long years of war. This list is probably incomplete and realistically will probably remain so as no matter how many names we identify there will always be someone who we haven't found.

Remembering all these people and those as yet unidentified.

We use cookies to ensure that we give you the best experience on our website. If you continue to use this site we will assume that you are happy with it.Ok